I was playing around in grasshopper, trying to combine multiple definition together and later on fabricate it. The object that you seen is the result from the process.

Here is the link to the definition.

The first definition is call it a vase definition. it creates a surface around an axis from a profile curve. You can change the curve as you see fit.

The second definition subdivides the surface into U and V counts and creates a circle at the center of each triangle. The size of these circle change according to a distance to a curve.

The third and the final definition takes each triangular pieces the places it flat on a plain it also buts an alpha numeric tag on it. so that you know which piece goes with which one. 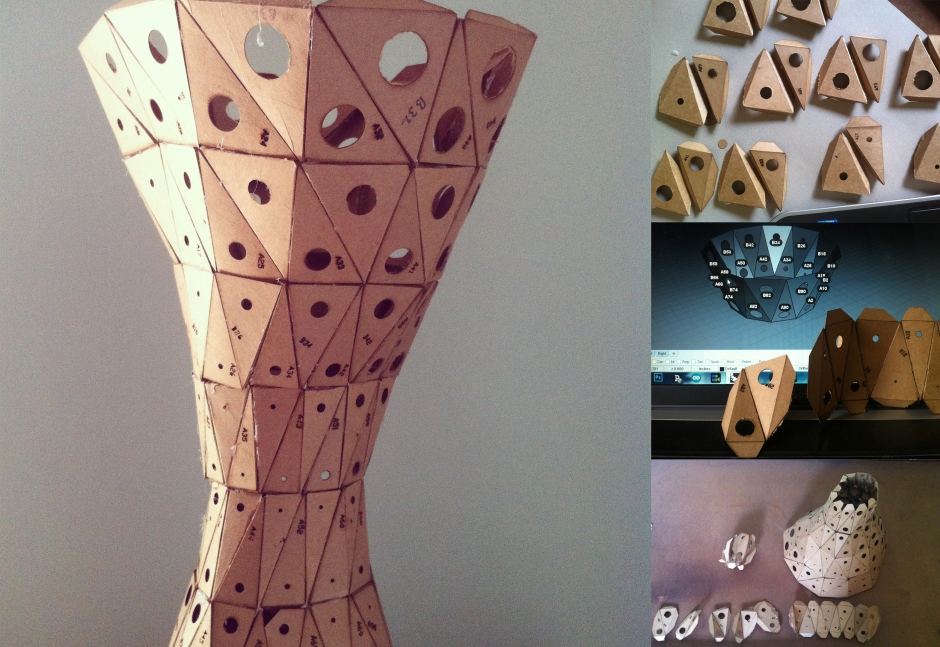 In the end I took a rod and warped it a led light. 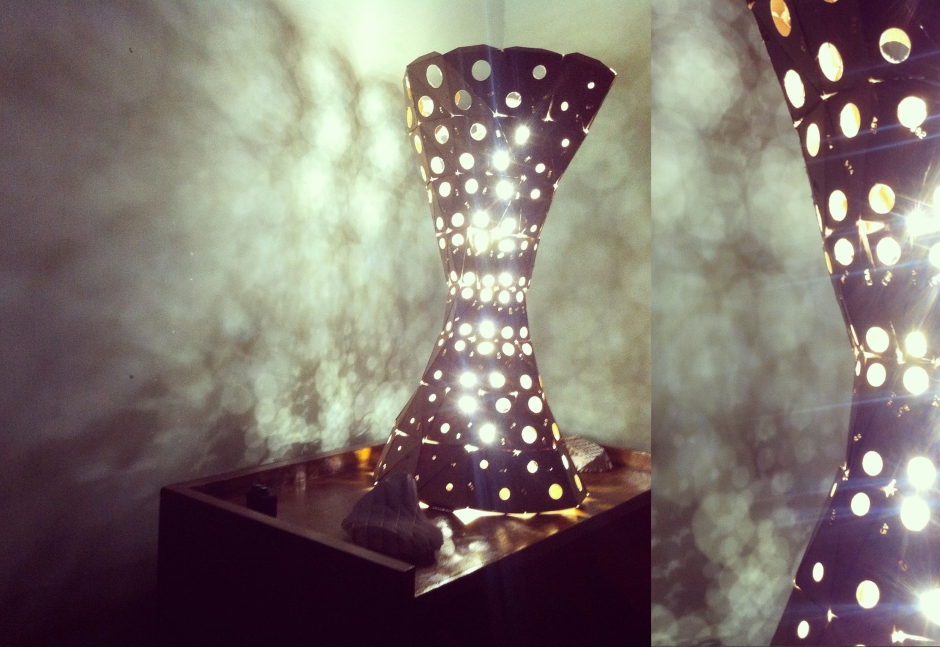